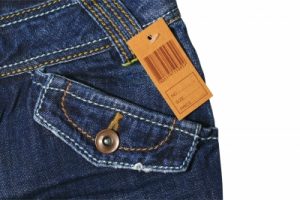 The Upside of Bias

Cognitive biases are a dime a dozen. Why are our thought processes so heavily laden with biases? Well, for one thing, biases actually help us or have helped us in some form or another, otherwise, we would not have them as a part of our evolutionary repertoire.

We have these in place because they provide shortcuts, or barriers to protect us, or maybe they were only helpful at the time(s) of formation. Whatever the case, understanding them will go a long way in helping you make better sense of your world and make smarter decisions.

This week’s bias is the Anchoring Effect. In short, it gets us to put too much importance on information introduced early on in any process. A great example is when we are shopping. We often take into consideration the first price we see for any given item. This amount is then anchored in our minds, any sale price thereafter is used against this anchor. What outplays this is if we have our own anchors, like if I have it in my mind that a pair of jeans should cost no more than $50 and I come across a pair of jeans that is $200 and 25% off, I will still think it is too high.

This can affect us especially during sales pitches. I recently went to a seminar where they were selling products throughout the time. They would introduce the package of what they were selling, they would talk about how awesome it is, about its many benefits, and give testimonials. They then would anchor a price three times higher than the price they ended up on. The first time they did this I thought it was a good deal. After the third or fourth time, I could see the process taking place and was not impressed. I was more annoyed than anything.

A great way to use the anchoring effect is in negotiations. I remember using this as a teenager when asking my parents for things. I’d ask if I could do something a bit on the outlandish side, like take a one week trip with friends across state lines. They would give me an emphatic no and then I’d ask for money to go to the mall or something, they were relieved and obliged. Now, I’m not advising you to manipulate your loved ones, but when you are in a negotiation, you better bet they are trying to pull some Jedi mind tricks on you. Use this at work as well; I’d like a raise of X dollars per hour or month or year, and then perhaps expect some percentage less.

Think of times the anchoring effect is used. Also, remember that it is more effective when it is verbally pitched so you will often see it used in ads or during sales pitches, negotiations, etc. Putting out your feelers for this effect this week will give you insight into your thought processes behind it and not allow for your passive manipulation from folks who know how to use it. Car dealers are a great place to see the anchoring effect in action.

Also, don’t think it’s only or affects us in in sales. This was just an easy to demonstrate example. This effect stunts us in many other arenas including information gathering on important subjects. Whatever we come across first, holds more weight, for no other reason then that we read/saw/heard it first. How many of the beliefs we hold now were due to the anchoring effect? Especially those formed early on when our perspective was more limited than it is now? So be careful what you believe friends! Especially if you are thinking it. And anchors away!  🙂

Eliminate a Limiting Belief in Under 20 Minutes