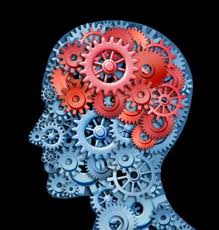 Are You as Objective as You Believe?

Everyone wants to believe that they are or at least have the ability to be objective and rational. We like to believe we can tap into that, even if we know on some level we do not operate from that space regularly. There is often a gap between what we want our lives to look like and feel like, and what they actually look like and feel like. Why is this? Why and where does decision making go awry? And how does it happen so damn often without our notice?

Cognitive bias may be one of the most reoccurring answers to the questions above. It seems we often believe we are making sound decisions when we are not. What we really may be doing is acting from a set of biases that we do not even know exist.

[. . .] a pattern of deviation in judgment, whereby inferences about other people and situations may be drawn in an illogical fashion. Individuals create their own “subjective social reality” from their perception of the input. An individual’s construction of social reality, not the objective input, may dictate their behaviour in the social world. Thus, cognitive biases may sometimes lead to perceptual distortion, inaccurate judgment, illogical interpretation, or what is broadly called irrationality.

Cognitive bias is a general term that is used to describe many observer effects in the human mind, some of which can lead to perceptual distortion, inaccurate judgment, or illogical interpretation.

Cognitive Bias in Your Life

Do you ever wonder why two equally intelligent and well meaning people can be on exact opposite sides on an issue? Or more accurately, do you ever wonder why those people (or person) on the side other than yours can be so outside of their minds when it comes to said issue, but (usually) be nice and seemingly balanced people otherwise? Does it boggle your mind why you make some of the decisions you do? Or why others close to you do?

I contend that the answer to these questions is cognitive bias. Thanks to Wikipedia, there is a growing list of cognitive biases that anyone can dive into in order to gain a greater understanding of their own biases. I always believe that awareness is the first leap towards any real growth.

These biases are no doubt deeply entrenched into our way of thinking. One article and one think-over won’t shake us awake from the way they paint our realities, but small doses over time just might. This is why I’m starting a Cognitive Bias Series. Come back each week and we will go over a new bias and how it may apply to you and to those around you. Furthermore, we will talk about how to explode the bias and return some much needed clarity.

In order not to miss out on these posts and other valuable insights, subscribe in the top right hand corner of this page, and remember, you must confirm the link!

You Can Take it With You

Your nugget for today is that your perceptions are colored by biases; it is best not to rely too heavily on these judgments but rather to question our assumptions regularly. Much of the time, we do not even realize something is an assumption; it’s just so much a part of our reality. Often, those are the assumptions in most desperate need of questioning.

Until next time folks, be well and unbiased.